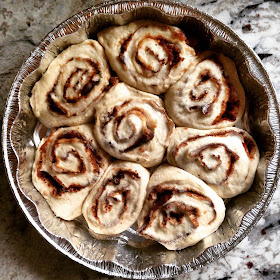 -A delicious lack of self-control.-

I had intended to keep things nice and light with the start of 2015. A life filled with contemplation and reflection. Perhaps yoga, too.

I've always been bemused by the phrase, "drop it like a bad habit." We don't. Or rarely ever. Bad habits are like wet over coats. Clumsy, thick, and drenched. We get tangled up in them and once they finally fall to the floor they have to be heaved about, the mess cleaned, and tossed away. We pray that perhaps they'll end the way we hope a marriage doesn't; with one quietly gathering their belongings, and slipping out in the middle of the night without saying saying goodbye.

So it is the same with good habits, like trying to convince your body that of course it can fit into a shoe four sizes to small. JUST WORK AT IT! It used to fit back in college!

So yes, 2015 was going to be filled with cardio, core fitness, and salad with friends I didn't see enough of.

And then came the champagne brunch and the eight trays of homemade cinnamon rolls I made.

The habit may have left in the middle of the night. Then it came back and egged the house.

At least 2015 looks like it'll taste good with friends, instead. 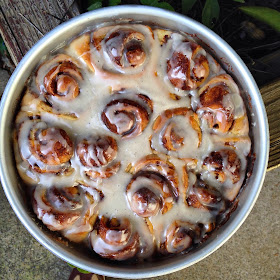 -Commitment to oneself never involves frosting, which is why so often it fails.-